Putting All Talents into Use

The success of the Finnish education system has related to a social value choice: we have decided to give equal opportunities of education for all Finnish people. This is a central underlying factor that explains both good placings in the PISA comparisons as well as the international success of our university system.

Even though we aim to provide opportunities of university education and career equally for all, there are inequalities in the final results. One of these is the too small proportion of women in the academic world and particularly of professorships.

According to a salary report published by the Finnish Union of University Professors, the proportion of women of professors, in all universities and in all fields on the average, was 29.3 % last year. The proportion has grown from the year 2010 by 4.8 per cent, but it is rising rather slowly.

There have been many attempts to explain the low proportion of women, and it has been believed to get better over time as we would get rid of old-fashioned ideas. This explanation has been offered for at least a couple of decades, but it should go away by now. There are clearly mechanisms in our societal structures that lead to inequality. Thus we are not able to put all resources properly into use.

In Finland, it has often been assumed that equality fares better than in many other countries. On the international level, the proportion of women who operate on the field of science varies a lot.

Recently, the publishing company Elsevier produced a report of its own statistics by looking at the scientific articles published in the last 20 years. The report included 27 fields and it covered 11 countries and the European Union.

The proportion of women in scientific articles rose from the about 30 % in the late 1990s to the current 40 % both in the EU and in eight of the countries examined. Brazil and Portugal are closest to equality. Instead, in Japan, only a fifth of researchers are women.

Field-specific variation is major. In fields relating to health care, women are best represented and are the majority in many countries, while in physics the proportion of women is only about a fourth.

Overall, both in Finland and internationally women still suffer from the “leaking pipe” phenomenon where women are more likely to fall off the academic career track than men. In many fields, the proportion of women of beginning students is the same or greater than men, but in the researcher career, the proportion gets smaller at each stage. The reason may be an inequality related to recruiting or to the recognition and appreciation of women’s merits, but also the socalled Matilda effect, according to which women’s accomplishments are transferred to men.

In Finland, the scientific community has lately ended up in a societal discussion where all participants do not always rely on researched information. Decisionmaking that is based on research results has been demanded in many situations. Women’s participation and role in the scientific community also needs to be regarded in the light of research knowledge. It is important and valuable that different participants examine the situation from the point of view of equality. Open and reliable statistics about gender distributions are easy to produce.

Equality and the work done for it are international. Even though there are differences, the phenomena and problems are surprisingly similar in different parts of the world. South African Minister of Science and Technology Naledi Pandor stated: “We have a gender balance in favor of women at university but a research balance in favor of men.” A corresponding statement is also true thousands of kilometers away in Finland. 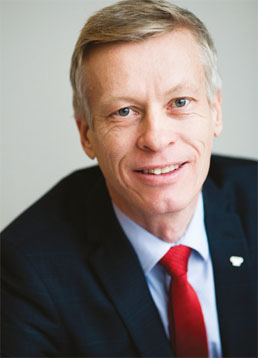