Occupational Health and Smudges on the Export Sheet

The elections are getting closer, and not just one, but three: the provincial elections maybe already in October 2018, the election of the Parliament in April and the European Parliament election in May 2019.

The parliamentary elections in spring 2019 could be education elections. The significance of universities for example as the engines of regional growth is recognised, but is it really understood? In university cities, at least one tenth of the population of voters is connected to universities as students or as staff. Hardly any other sector is larger than this, and it nearly doubles when universities of applied sciences are included.

Besides the fact that universities themselves create vitality, they also feed other sectors. For example the tourism in my home town Rovaniemi could not grow at its current rate without smart and language-proficient students as seasonal workers.

In Finland, defending universities often means highlighting their economic importance. It may seem low-minded, and it is true that increasing the amount of money is not the main task of universities.

At some point after the war reparations industry had been set up by necessity, the Finns started to be referred to as a nation of engineers. Resources were directed into manufacturing, for example, ships, paper machines and phones, and we succeeded at it. Universities had a central role in creating the human capital and technology that was connected to this. The export sector became politically very powerful.

Even though technological quality has its undeniable intrinsic value, machines and devices are normally not viewed as human goals as such. They can still be essential as we pursue, for instance, goals like wellbeing, health or free communication.

As important as, for example, the paper industry was a while ago, the global directions of politics, culture and fashion were not just decided by the paper makers, but also those whose pens generated the most important writings, drawings and music. Technology creates frameworks, but in future, too, we need to solve how to fill them and where to set the norms.

It may be that particularly in a political culture characterised by the export industry, it is necessary to highlight that a high level of knowledge means not just manufacturing and using tools, but also knowing culture and history, mental mobility, insights, a sense of style and an eye for the game. The superpowers of science and trade, too, were able to make their marks using these. Sometimes these abilities have been called education. 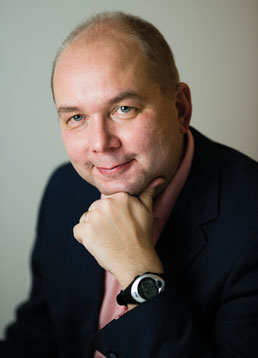